No, the kitchen isn't done.  Everything is hinging on one piece of granite that needs replacing and there is a domino effect from there.  Kind of discouraging, but it will get done.  Leaving us in limbo for while isn't the worst thing in the world, and I'm still going to have a beautiful space when it is done.  And so I am thankful.  No whining here. 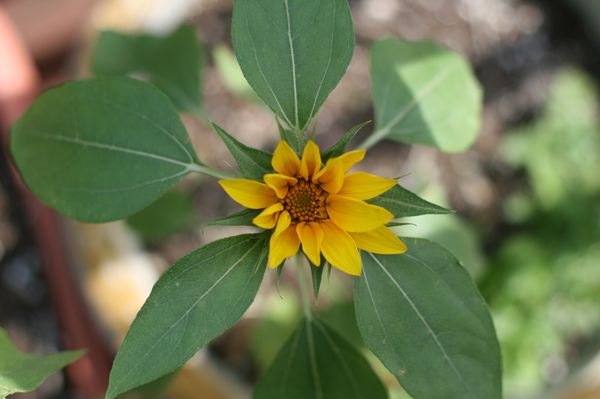 Today is my littlest's second day of part-time childcare/daycamp.  She and Fidget are going twice a week this summer.  Initially, we thought this would make a good transition, since Fidget will be go to Kindergarten in the fall and Spunky would officially start part-time preschool, just in time for the new baby's arrival.

That little Spunkster, just two weeks shy of her 2nd birthday, never looked back.  She walked right into her classroom, sat down and was ready to go.  The school has rarely seen such a smooth first day.  For someone who has never been out of my sight for more than an hour or so unless she was with family, she sure adjusted well to a full day on her own.  She spread her wings and never looked back. I still don't know whether to cry or applaud her.  Little stinker.  She is such an easy going, positive ray of sunshine, I never should have worried.

Today I'm taking my eldest to the DMV for her driver's permit. Changes, changes everywhere.

Even Fidget gave up her special (disgusting) baby blanket this week

My girls.  They are growing up whether I like it or not.

The two day per week break is giving me some time to make some lists and tackle some projects before baby arrives.  Hopefully that means I'll have more time to stop by here as well... and perhaps have some progress to share.   It's time to get back on that horse.  xo

Oh, Spunky reminds me of Aidin. She started at our montessori school just after her 2nd birthday and when I went to pick her up - after worrying all day - she said "go away, mommy!" nice.
I'm glad you're getting a bit of time to yourself, my friend. And maybe this summer that will translate into meeting you for lunch - or a cup of coffee.
xo