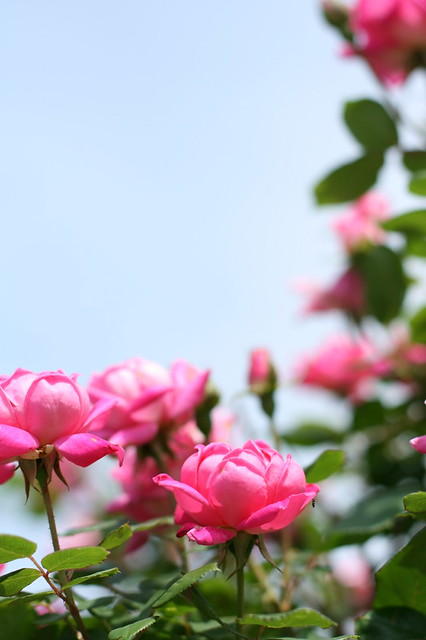 It's tornado season here in Missouri.  It's a beautiful and dramatic and scary time of year.  After months of freezing cold temperatures and and ice and snow, the heart of the Midwest welcomes warmer, longer, sunnier days with open arms.  And trepidation.

Most of us who grew up here are used to the routine of the season. We are used to the watches and warnings.  We practiced drills in school and took cover in our basements or interior bathrooms as a precaution during many storms.  We were woken up in the middle of the night to find safety for a half hour under blankets and pillows in a corner of a designated spot in the house.  Sitting with the panting dog, listening to the radio or television for the weather play by play -- estimated times when certain parts of town will be in most danger, waiting for the sirens to end.

We're used to wind damage and hail damage and tree branches tossed about by angry winds.  We've seen places where funnel clouds touched down and mangled an outbuilding or highway sign.  We're used news of major damage at mobile home parks, where even the weight of the largest trailers isn't enough to keep them from getting knocked over and destroyed.

In an area that sees hundreds of tornadoes every year, the news of last night's multi-vortex EF4 tornado in Joplin, MO, is something we are not used to.

The news is harrowing.  The death toll is at 116 and rising, which makes it the most deadly U.S. tornado since 1953 and the worst ever to hit Missouri.  The Red Cross has declared that 75% of the town is destroyed.  We have friends there who have lost their home, who took cover with their two children in the basement while the monster ripped their home off the foundation right above their heads. 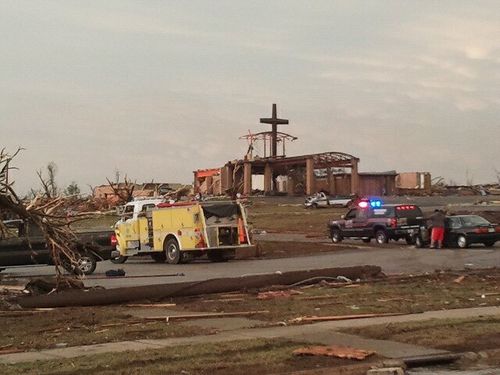 Nearly everyone I know locally has a connection to Joplin. It's 3 hours from where I am in Kansas City, but it's only down the road from the town my husband and I grew up in.  It's not a small town.  It's small-ish.  It has 50,000 residents.  And you know what I know by now.  It's gone.

Here are some of the things that are rattling about in my mind right now:

1) How lucky they are that this happened on a Sunday evening, in daylight.  They had very little warning -- even the storm chasers thought nothing of this storm until 20 minutes before it hit.  Had it been dark, there would have been even less warning... at least people were awake, mobile, with their families and able to respond.

2) Thanks to technology, the news spread quickly. I was cruising Facebook on my iPhone when a HS classmate posted something about a tornado. I alerted my husband and he jumped on Twitter. We were immediately getting first hand updates on the situation before news stations even had time to report the incident.  We flipped to the Weather Channel to watch live coverage of a storm chaser who happened to be there when it hit.  The immediacy and quantity of news sources was mind blowing.

3) Social Networking sites like Twitter and Facebook have changed the way people connect, reach out and rally during a disaster. Instead of having to call lots of people, we had friends posting immediately that they were ok.  It was such a relief to those of us waiting in worry.  Within hours, there was a Facebook Page containing helpful links, assistance, photos, and a means for people to post public images of people they are looking for.

4) This country is full of wonderful, caring people who want to help. The way that communities and churches and organizations are stepping is beyond heartwarming.

5) It feels like this tornado season has seen more than its share of disasters strike highly populated areas.  Birmingham, St Louis, Minneapolis, and now Joplin...I'm sure I'm forgetting somewhere. Until this year, I always (stupidly) felt like those storms lost momentum as they neared larger cities and towns... but now I feel more vulnerable than ever.

Tomorrow night we are expecting an even more severe round of storms.  You bet we'll be paying attention to every bit of information we can get our mitts on.

Stay safe, my friends. And hug your loved ones extra tight.

I'm in Fort Worth, which technically is at the bottom edge of Tornado Alley, but they do happen here once in a while. It's unnerving every time our weather radio alarm goes off, even though most of the time it's nothing that deserves my attention. It's so scary to think that one minute you might be hanging out and the next minute your house is ripped off it's foundation.

I'm so sorry to hear that! I live in St. Paul, and the tornado that hit Minneapolis this past weekend was definitely frightening. I can't believe the devastation in Joplin. Thank you for writing such an eloquent description of this tornado season and tribute to Joplin. My heart goes out to everyone there.

I'm so sorry, Chris! I feel you... We have had so much devastation here in GA too... A few towns were wiped off the map, including one I used to work in, Ringgold. Then the lives lost in Tuscaloosa as well where my sister went to school. So sad.... My heart breaks for them! Stay stafe. XOXO Erin

It's such a sad situation. We drive through Joplin to get to my Grandma's house (in Arkansas, she lost the leaves off her trees and was freaked out, but is OK). The girls have seen a little of the news on accident, but I'm trying not to freak them out too much. I still have very regular tornado panic dreams from having to run to the basement in the middle of the night as a kid. I hope the next couple of days are tame!

It's truly horrible. I have very little experience with tornadoes, other than the devastation that I see in the news. My heart goes out to you - to anyone who has been touched by these tragedies. And thank you for the heart-felt post. It makes this a lot more personal to me.

It's devastating. I can't believe they declared an entire city gone...totaled. You're right, God was on their side. They were lucky that it happened during daylight and that the loss of life is probably less, but the total is horrific nonetheless. Good luck to you during this season. Many are praying for their restoration and revival.

My brother and his wife live down there. Thankfully their area was not hit and they were safe and sound at my house at the time.